My Nepenthes Ampullaria pitcher plants arrived today. These are seed grown plants. And there were surprises. Some good, some… not.

The two plants I purchased arrived somewhat haphazardly packed. But there were lots of pitchers. Someone had put in a lot of effort and time growing them from seed. 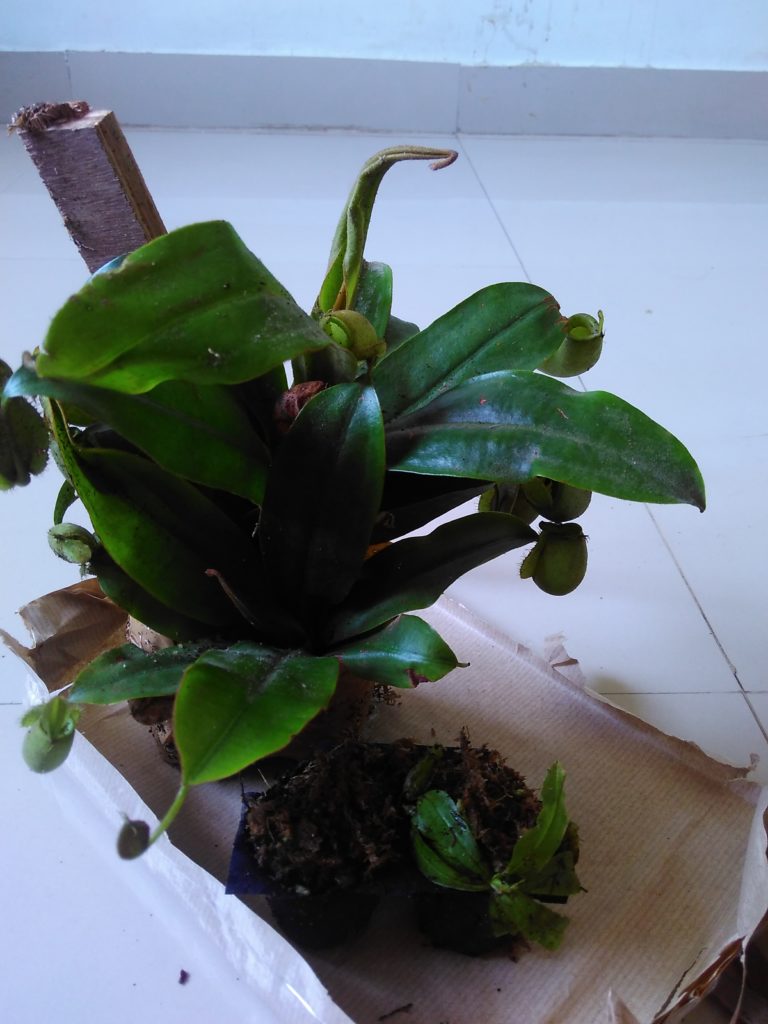 The plants were sent in plastic bags with an inexplicable piece of wood added – for support? Can’t say. Didn’t appear to be supporting anything.

There were loads of extra plantlets. All apparently seed grown. And completely mixed up in the sphagnum moss they shipped with. It almost seemed like someone simply got rid of all the nepenthes ampullaria they had. Packed the two plants sold, then just collected the seedling pot and bundled it up as an extra – grown seedlings and newly germinating seedlings all mixed up in the sphagnum potting mix. Summarily evicted. Broke my heart to see it. The seller wasn’t selling anything else at all after I purchased these. I wonder if this was an end of hobby clearance sale. Plants grown from seed take ages to get as robust as the two I had purchased. And yet the manner in which they were packed almost reminded one of a trash bag. 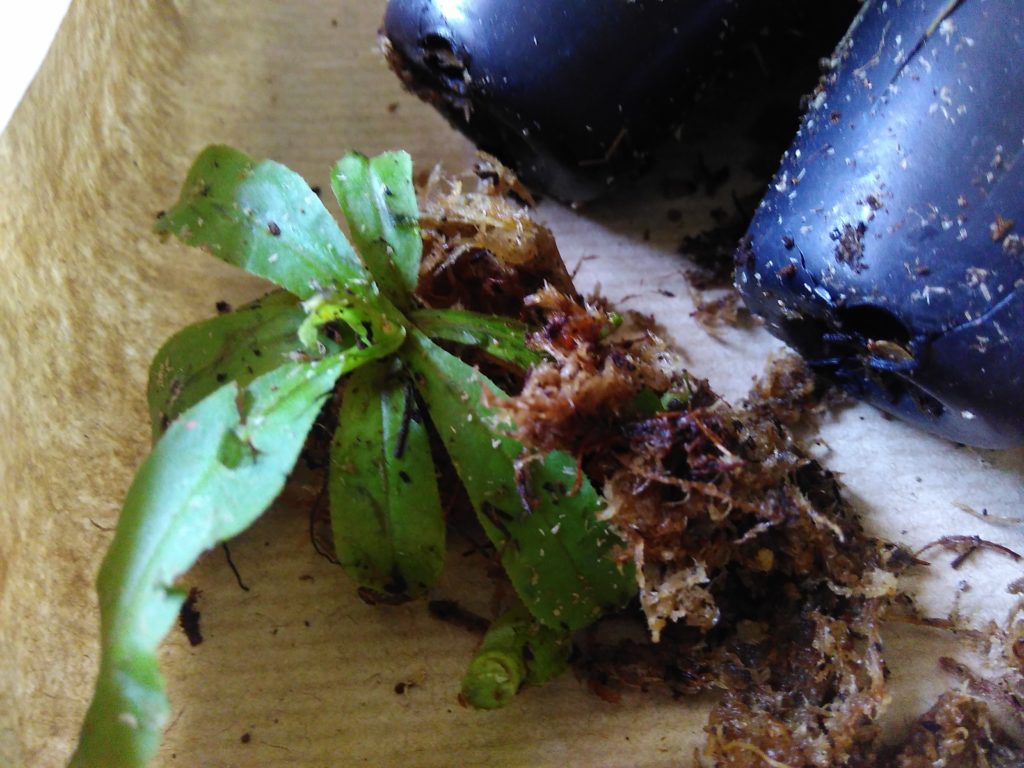 Heartbreaking doesn’t begin to describe this. The plants were completely bruised and in some cases, just…. overwhelmed and wilting, broken, or rotting. What a contrast it was to the Nepenthes Ventrata and Mirabilis that had just arrived on the previous day, lovingly shipped in their pots in live sphagnum. Seedlings such as this one were all through the moss. Most of them broken, unlikely to survive. A joyous unpacking of new plants had rapidly turned into a search and rescue mission. I carefully pulled out as many as I could, but I could see that it was hopeless. They were too fragile for this kind of treatment. 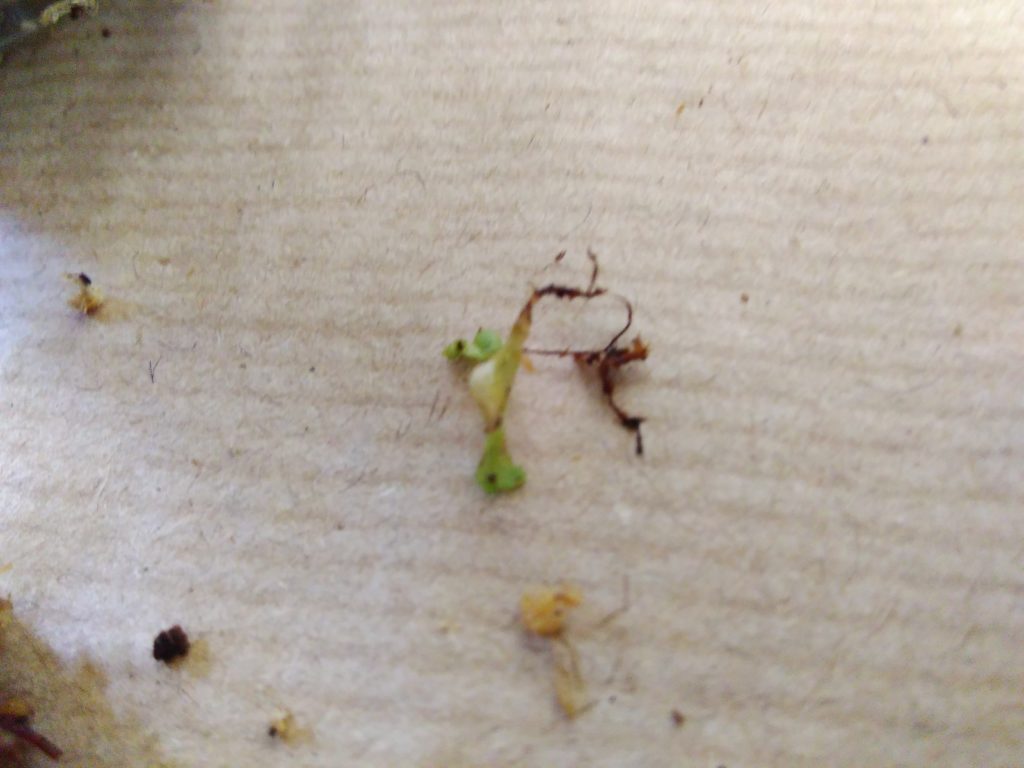 And there were a couple of sundews as well! Completely smothered in the sphagnum and a sticky mess.

I potted them up as best as I could, knowing fully that the seedlings would most likely not make it. One larger plant perhaps may. Remains to be seen. I’ve given it a nice pot and will pamper it a bit. This is what the growing area looks like now. 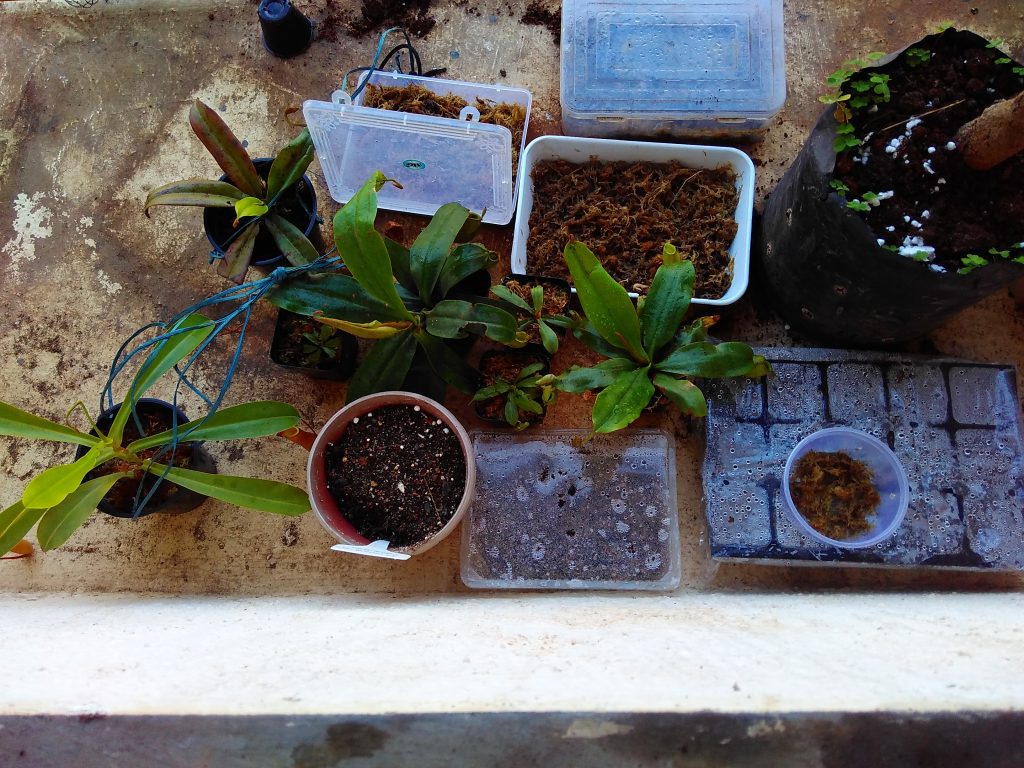 The rescued nepenthes plants settled in a well lit but shady area of balcony, to rest and recover from their trauma.

The plants you buy will be shipped to you bare root. When you receive them, take them out of the packing and gently GENTLY place them on growing media. Create a hollow in the surface of the media and gently place the plant in it and cover any roots that are easily covered, with media. […]

Took some nice photos of the latest pitcher on my nepenthes mirabilis var globosa x hamata and thought to share them here. This plant is still juvenile and has just started producing slightly bigger pitchers. The adult pitchers should be really stunning if these are anything to go by. The ribbed peristomes come from the […]

Where to find sphagnum moss and other carnivorous plant growing supplies in India?

Almost half the people who buy plants from me or discuss carnivorous plants end up asking where to buy sphagnum moss or other supplies necessary for growing carnivorous plants in India. Since I repeat this information often, I thought I’d put up a list of where I buy things from. Please note, any links to […]